I live in Gravette, Arkansas, about 20 miles from where we meet for church services in Cave Springs, so much of my attachment to “goings on” relates to my local community. I subscribe to the Westside Eagle Observer, a newspaper serving western Benton County, to keep up with area news and activities. I learn about what is going on in the local schools and how local communities are fairing in community activities and public works. I also have access, as one would expect, to editorial topics ranging anywhere from recipes to religion.

Yesterday’s paper had in it a short article, “Are there wolves in Arkansas?” written by Randy Moll, managing editor of the publication, and he used it to remind us of another article he posted back in February of 2012 about wolf sightings in Arkansas. Were sightings of real, wild wolves, or just mixed breeds or escaped domesticates? The latter is what the Arkansas Game & Fish Commission believed and advised. Well, Mr. Moll included with this short reminder also an article out of Cape Girardeau, Missouri, which revealed a downed canine to be a true gray wolf from the wild. Cape Girardeau, located in southeastern Missouri, is only about 60 miles north of the Arkansas border.

I have a good friend at church who is certain she has seen a wolf crossing the highway near her home, and she lives about five miles away from me! Do we have anything to fear from these creatures if found in the wild? Well, It’s always wise to avoid contact with wild predators, but most people would agree that legend does not live up to reality. In the U.S. there have been three reported human casualties from wolf attacks since 1942, as referenced by Wikipedia, and less than 8,000 worldwide known reports since 1400 A.D., or, on average, 13 every year, worldwide. Notably, almost 3,300 of those reports came from France alone, a highly disproportionate record to that reported in other nations.

So, if wolves aren’t as treacherous a creature to humans as legend would have it, why would the Apostle Paul write in Acts:20:28-30[28]Take heed therefore unto yourselves, and to all the flock, over the which the Holy Ghost hath made you overseers, to feed the church of God, which he hath purchased with his own blood.[29]For I know this, that after my departing shall grievous wolves enter in among you, not sparing the flock.[30]Also of your own selves shall men arise, speaking perverse things, to draw away disciples after them., “Pay careful attention to yourselves and to all the flock, in which the Holy Spirit has made you overseers, to care for the church of God, which he obtained with his own blood. I know that after my departure fierce wolves will come in among you, not sparing the flock; and from among your own selves will arise men speaking twisted things, to draw away the disciples after them,” which claims wolves to be, grievous, fierce, or savage, depending on the translation?

Looking carefully at Acts:20:29For I know this, that after my departing shall grievous wolves enter in among you, not sparing the flock., we find that Paul is drawing an analogy where members of the Church of God are likened to sheep, not humans. So, the warning, then, appears quite substantial when we review the damage wolves can cause to a flock of sheep or herd of cattle. But, what does it mean? Who is Paul equating with wolves?

In His own words, Jesus the Christ helps make this clear:

There will be people who look and act like us in many ways, appearing to be sheep, but they will bring with them false religion, making it possible to deceive followers of Christ, leading them away from the truth. These men and women, like wolves, can divide flocks and take down the weak. As in nature where sheep and cattle should be ever wary of the presence of wolves, we, too, should be ever watchful, looking to the Good Shepherd for protection (John:10:10-14[10]The thief cometh not, but for to steal, and to kill, and to destroy: I am come that they might have life, and that they might have it more abundantly.[11]I am the good shepherd: the good shepherd giveth his life for the sheep.[12]But he that is an hireling, and not the shepherd, whose own the sheep are not, seeth the wolf coming, and leaveth the sheep, and fleeth: and the wolf catcheth them, and scattereth the sheep.[13]The hireling fleeth, because he is an hireling, and careth not for the sheep.[14]I am the good shepherd, and know my sheep, and am known of mine.).

So, should we concern ourselves with nightmares about wolves attacking humans? I don’t believe so, because I believe it is a baseless fear. But, spiritually speaking, as sheep in God’s flock, we should always be wary of false teachers who are likened to wolves in the scriptures. In some of Jesus’ final hours before being crucified, He prayed to the Father on our behalf, “Sanctify them in the truth; your word is truth,” found in John:17:17Sanctify them through thy truth: thy word is truth.. The word Jesus referenced was none other than the written word of God, so to be able to look to our Good Shepherd; we must gauge all teaching against the true word of God. If it is taught in sync with God’s word, then your teachers are, themselves, sheep like you, and members of the flock. Read your Bible and let the power of God’s word always protect your spiritual journey so that no wolf can bring you down.

Is the Bible True?

The Bible is much quoted, but little understood or believed. Can the Bible withstand scrutiny of its apparent contradictions? Should you believe it? 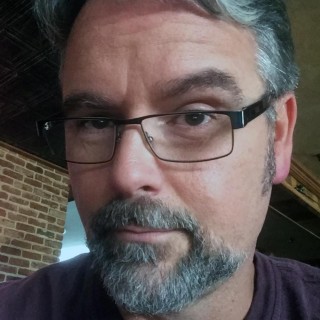 Kelly Irvin is a horticulturist by trade, and spent ten years in fruit and vegetable breeding research before becoming a stay-at-home dad who now owns and maintains a flower bulb nursery for retail sales. Mr. Irvin believes he expresses thoughts and ideas best through writing and is especially interested in using this resource of communication to share the value of God's way with others. In 1987, Mr. Irvin received an Associate of Arts degree in Theology at Ambassador College in Big Sandy, TX, after which he went on to complete a Bachelor of Science degree in Horticulture from Texas A&M University (1990). While serving full-time in vegetable breeding research at the University of Arkansas in Fayetteville, he then completed via the slow track a Master of Science degree in Horticulture (1999).